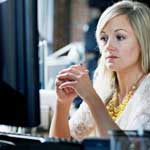 Women who work a rotating or irregular office-schedule that includes three or more night shifts per month, in addition to day and evening working hours in that month, may have an increased risk of developing type 2 diabetes.

This study is the largest study so far to look at the link between shift work and type 2 diabetes and the first large study to follow women.

This study raises the awareness of increased obesity and diabetes risk among night shift workers and underscores the importance of improving diet and lifestyle for primary prevention of type 2 diabetes in this high risk group.

“Long-term rotating night shift work is an important risk factor for the development of type 2 diabetes and this risk increases with the numbers of years working rotating shifts,” said An Pan, research fellow in HSPH’s Department of Nutrition and the study’s lead author.

Homeopathic HCG Drops in US and weight loss mystry