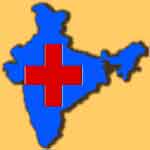 Our living style is impacting our health, especially who are living in urban areas. With increasing urbanisation lifestyle diseases like diabetes and hypertension are becoming an epidemic. The Sanofi SITE (Screening India’s Twin Epidemic) study screened 16,000 patients in over 800 medical centres in eight states in India. I hope that this study provides medical professionals with valuable insights on the twin epidemics.

The study revealed that 60% of those surveyed suffered from diabetes, hypertension or both, which is alarmingly high and demands immediate attention and implementation of necessary measures.

In nearly 7% of the newly diagnosed cases the patients did not know that they had diabetes.What is even more worrisome is that 70% of the patients surveyed have uncontrolled diabetes, including diabetics who are currently undergoing treatment. Approximately, about 65 million people in India suffer from diabetes.

Only 38% of the diabetics and 32% of the hypertensives had positive family history. It is becoming important that physicians screen patients for risk factors to ensure that they diagnose the twin epidemics of diabetes and hypertension at an early stage.

“Diabetes and hypertension are becoming a twin epidemic across the country, with nearly one-out-of-five or 21 percent of those surveyed suffering from both diseases, non-communicable diseases such as diabetes and hypertension have a major impact not only on national health but also on the economy” Lilavati Hospital Consultant Endocrinologist Dr Shashank Joshi said.

6 things you must know about diabetes