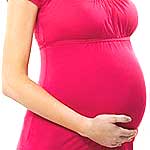 Pregnant women should avoid certain addiction to have safe pregnancy and delivery, and for better health of the baby. I have observed rise of these addictions in girls and women of child-bearing age.

As health consultant and homeopathic physician, I receive many queries about what are bad-effects of smoking and drinking during pregnancy. Following research studies show clear evidence to avoid such addictions.

Researchers have found that drinking more than 5 servings of sugar sweetened cola a week prior to pregnancy appears to significantly elevate the risk of developing diabetes during pregnancy. Gestational diabetes mellitus (GDM), defined as glucose intolerance beginning during pregnancy, is one of the most common pregnancy complications. Women with GDM are at increased risk for complications and illness during pregnancy and delivery, as well as post-pregnancy type 2 diabetes. Children of mothers with GDM are at increased risk for obesity, glucose intolerance, and early onset diabetes. (Louisiana State University Health Sciences Center, USA)

Women who smoke during pregnancy risk delivering aggressive kids according to a new Canada-Netherlands study. While previous studies have shown that smoking during gestation causes low birth weight, this research shows mothers who light up during pregnancy can predispose their offspring to an additional risk: violent behavior. What’s more, the research team found the risk of giving birth to aggressive children increases among smoking mothers whose familial income is lower than $40,000 per year. Another risk factor for aggressive behavior in offspring was smoking mothers with a history of antisocial behavior: run-ins with the law, high school drop-outs and illegal drug use. (University of Montreal, Canada)

Why pregnant women should avoid smoking? – Now you can understand this question very well, i.e. for the wellness of your baby, please avoid smoking.

Amount and timing of alcohol consumption in pregnancy affects child behavior in different ways, revealed by Australian researchers. Mothers who reported what we would classify as heavy drinking in the first trimester of pregnancy were nearly three times as likely to report that their child suffered with anxiety and/or depression or somatic complaints. Those who drank moderately during that first trimester were twice as likely to report those types of behavioral issues for their child. Exposure to moderate or heavy levels of alcohol in late pregnancy increased the risk of aggressive types of behaviors in the child. This research suggests that both the timing and the intensity of alcohol exposure in the womb affect the type of behavior problems expressed. (Research Australia)

6. Meth use during pregnancy linked to abnormal brain in baby