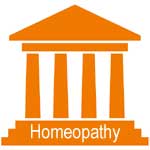 No institution can survive unless it gets the full support and patronage from government and governmental agencies. Well, it also depends on the team and people associated with these agencies. We have seen downfall of homeopathy in US around 1910 due to improperly represented report of a University. In contrast, we have seen Royal Family support for homeopathy in UK. And, now, a lobby in UK strongly against it, and trying to ban all support in the NHS, UK

I would like to hear certain key speakers in LIGA 2011 in India regarding this perspective.

First, I would like to mention about Bhupinder Sharma from Canada. His paper is Political scenario of Homoeopathy in Canada.

Prof. Bupinder Sharma is a Professor of Homeopathy in Canadian College of Holistic Health, Richmond Hill, Ontario (since 1999 till to date), and Former President & C.E.O. Homeopathic Medical Educational Centre of Canada since 2005.

Any one who wants to settle in Canada must attend this paper in LIGA.

Second, I would like to hear Karin Bandalin of Germany on The LIGA as a representation for a world of Homeopathy. Let’s see how LIGA can help and support homeopathy to stand firmly through out this world.

Third, R K Manchanda from India on Strategic position of India in the world of Homoeopathy and road ahead.

Well, undoubtedly, Dr RK Manchanda is a prominent figure in Homeopathy. Dr Manchanda has done commendable job in last 2 decades. Due to his best efforts, we have maximum number of homeopathic dispensaries compared to all other alternative systems under AYUSH (Ayurveda – Yoga – Unani – Siddha – Homeopathy).

I am sure Dr. Manchanda would address this issue in his talk.