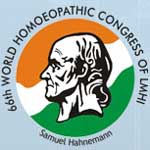 An image showing a field of view approximating, or greater than, that of the human eye – about 160° by 75° – may be termed panoramic. This generally means it has an aspect ratio of 2:1 or larger, the image being at least twice as wide as it is high. The resulting images take the form of a wide strip. Some panoramic images have aspect ratios of 4:1 and sometimes 10:1, covering fields of view of up to 360 degrees. Both the aspect ratio and coverage of field are important factors in defining a true panoramic image.

Simple definition of a panoramic photograph is difficult, as so many ways have been used by photographers to achieve an image that goes beyond the conventional formats. Some sources insist on the image being made by a 360-degree rotational camera, but this would exclude many images described as ‘panoramic’ by their makers. Circular, fisheye images are one example; the continuous strip images of the periphery camera another.

Organisers of homeopathic organisers have planned panoramic photography for delegates of LIGA 2011. The photo session would be there on 2nd Dec. 2011 about 8am – 9am morning. One can buy this photo in afternoon.

I have seen two panoramic photographs for delegates of earlier LIGA in India (Vigyan Bhawan) at the clinic of late Prof. Dr. DP Rastogi ji. And, I know this is the rare collection.

If you are interested and want panoramic photograph for delegates of LIGA 2011, please check with help desk at the venue of LIGA 2011 India.

What we learned from LIGA 2011 at New Delhi?