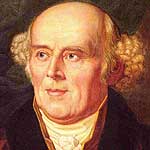 I am writing some of my thoughts related to a man who has given this world a new vision treating suffering mankind in a very gentle and harmless way against the torture-some way of treatment therapies of his time. Probably, you are right in your estimate – I am talking about Dr. Hahnemann who placed a foundation of therapeutic system in the later part of 18th century – a new way of treatment – called Homeopathy.

Today is 10th April and the whole world is going to celebrate the birth anniversary of this German doctor as “World Homeopathy Day”. If you are familiar to this mode of treatment then you know a lot about it. And, you can get About 23,600,000 results of web pages if you google “Homeopathy”.

What had Hahnemann given to this world in today’s context?

Whatever advancement we see in allopathic system, I believe this is due to Hahnemann. All credit goes to Dr. Hahnemann’s vision about pain-less treatment. What he did in his time 200 years before, I say that surgeons took this idea and advanced their ways of surgery to make it painless. What Hahnemann talked about minute doses, now allopathic medicines are available in mcg and even the less. What Hahnemann focused on a individual person, now allopaths are talking about individualized medicine. How Hahnemann took help of healthy human beings to understand the reactions of medicaments placed the idea of biological model of today’s research. And, there are many more in this series we can add.

If Hahnemann were alive today, he would have seen these advancements in medical therapies all over the world. But, Homeopathy is still different from other systems. It has its own philosophy, rules and principles of treating a sick. In last 200 years, homeopathy proved itself efficacious in numerous disease conditions. We have seen certain opposition to popularity of this medication system, but acceptance for homeopathic treatment is growing worldwide.

I would like to mention about three areas where homeopathy is complementing the today’s medical research:

1. Individualized medicine or Personalized medicine – It is a medical model proposing the customization of healthcare, with all decisions and practices being tailored to the individual patient by use of genetic or other information. Hahnemann was the one who used this idea 200 years before as INDIVUALIZATION – No two individuals are alike.

2. Nanotechnology – Sometimes shortened to “nanotech”, it is the study of manipulating matter on an atomic and molecular scale or even beyond this. Hahnemann propounded his way of ultra dilutions or POTENTIZATION to prepare homeopathic remedies is a way to nanotechnology.

3. Biological Model – 200 years before medicine was based on speculations. Hahnemann only relied on symptoms from healthy human beings in his experiments of understanding the nature or curative qualities of medicinal substances – this process is called as PROVING. Late Dr Jugal Kishore wrote in his book that this was a unique phenomenon in the earlier nineteenth century evolved by him. This evolved the idea of today’s biological model and clinical trials and RCTs.

I am sure, ideas of Hahnemann and homeopathic medical science would complement 21st century medicine in coming days also.

Homeopathic doctor migrating to US