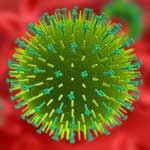 The US Centers for Disease Control and Prevention (CDC) reported that it has received 153 reports of novel H3N2 infections (H3N2v) since illnesses started surfacing in the middle of July in USA, nearly all of them in people who had contact with pigs or were around pigs at fairs.

In another development, the CDC issued new information on H3N2v for clinicians, including an evaluation of rapid influenza tests that found their sensitivity varies greatly, and the agency urged clinicians not to use negative results as the basis for treatment.

In a joint statement with the Ohio Department of Agriculture (ODA), the ODH said the two departments are launching an outreach plan to boost H3N2v awareness at county fairs, including visits at each fair and in-person contact with swine exhibitors. The ODA has established guidance for fair boards, and the agencies have produced a YouTube video for fairgoers and exhibitors.

At a press briefing, the CDC said the surge in reports involving the swine-origin H3N2 virus that contains the matrix gene from the 2009 H1N1 virus reflects a real rise in the number of cases, as well as a change in how the cases are reported.

In an early-release edition of Morbidity and Mortality Weekly Report (MMWR), the CDC said state laboratories have been using the CDC Flu rT-PCR Dx Panel to detect the novel virus, and their positive findings were initially considered inconclusive until confirmed as H3N2v by the CDC. However, on Aug 7 the CDC updated the results interpretation of the test for public health labs, which allows them to report the presumptive H3N2v-positives as confirmed cases.

The CDC said that although human-to-human transmission hasn’t been seen in this summer’s H3N2v infections, limited spread was suspected in a few cases that were detected in households and in a child-care setting in 2011. It urged state health officials to enhance surveillance, especially in areas where infections have already been confirmed.

The H3N2v infections can’t be distinguished clinically from seasonal flu infections and other flulike illnesses. The key to identifying a suspected H3N2v infection is to tease out a link to swine exposure in the week before illness onset, including direct contact with pigs, indirect exposure (such as walking through a swine barn at a fair), and close contact with a sick person who had recent swine exposure.

The virus has been circulating in US pigs since 2011, has been detected in many states, and appears to be circulating widely in the nation’s pig populations, the CDC said.

Healthcare workers have noted some instances of asthma exacerbation in patients infected with H3N2v, and the CDC warned that people with underlying medical conditions are at greater risk for complications, as with seasonal flu.

Patients with flu-like illness and an epidemiologic link to swine exposure should be considered probable H3N2v cases and local health departments should be notified as soon as possible for additional testing, the agency said.