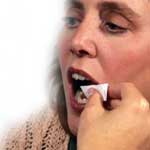 A new study recently published by IOS Press challenges accepted approaches to research in senile dementia (Alzheimer’s Disease). I am mentioning this study because it highlighted the obscure nature of today’s researches to find out the cause of disease. 200 years before Dr Hahnemann cautioned about futile attempts to know pathogenic causes of diseases.

Impacting millions of families and devouring billions of dollars globally, Alzheimer’s disease is the focus of exhaustive research to find a cure. Although intensely investigated over the last three decades using cutting-edge technologies, the “pathogenic cause” of Alzheimer’s disease has not been found.

In an effort to address this question, Ming Chen, PhD, Huey T. Nguyen, BS, and Darrell R. Sawmiller, PhD, Aging Research Laboratory, R&D Service, Bay Pines VA Healthcare System and University of South Florida, undertook an independent and systematic analysis of the underlying research assumptions against the established scientific principles. This analysis led them to hypothesize that perhaps the main problem is the research community’s perception of the disease.

In an article in the Journal of Alzheimer’s Disease the authors suggest that when the National Institutes of Health separated out dementia from other senile conditions and redefined it as a distinct and “curable” disease — Alzheimer’s – in the 1970s, it opened a Pandora’s box and may have misdirected research for decades. It triggered the search for pathogenic factors and cures, and disregarded the role of demographic change and its diverse end results in the elderly.

The authors argue that senile disorders – diseases occurring after age 60 and eventually affecting the majority of the elderly, such as tooth, hearing or memory loss – are caused by aging, thus differ fundamentally from distinct diseases by origin, study paradigm and intervention strategy.

“Lifestyles and other risk factors are the key. So we think that senile dementia may be explained by ‘advanced aging plus risk factors.’ This model points to a new direction for prevention. This means we must support the elderly in healthy lifestyles. And we should develop medications to extend the lifespan of old neurons, rather than looking for ways to inhibit far-fetched ‘pathogenic’ factors.”

“The model implies that senile dementia is, by and large, a lifestyle disease,” says Dr. Chen. “This view, in fact, has been shared by many in the medical and clinical community, but contrasts sharply with current dominant theories in the Alzheimer research field, which assume a linear and ’cause and effect’ mechanism. Since they have not taken into account the fundamental roles of aging and risk factors, it is clear that these theories, though highly appealing to the public and researchers alike, are of little relevance to the scientific nature of senile dementia.”

“Although incurable”, Dr. Chen is optimistic. “Our research, if guided by correct theories, will produce medications to help delay dementia to a certain extent ? similar to the drugs that delay or ameliorate atherosclerosis and osteoporosis today.”

I feel, once again this study establishes that treating patients with Alzheimer’s disease or senile dementia, you need to have a comprehensive approach of  Individualisation and apart from characteristic symptoms of the patients we have certain rubrics in our homeopathic repertories related to this medical condition:

3 thoughts on “Alzheimer’s disease or senile dementia is, by and large, a lifestyle disease”