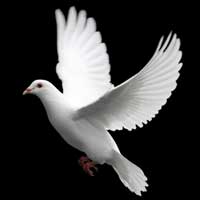 I feel the news about the end of Osama Bin Laden is just a relieving moment to Americans or affected people worldwide and people suffering from PTSD or Posttraumatic stress disorder. PTSD is a severe anxiety disorder that can develop after exposure to any event that results in psychological trauma.

One of the PTSD forum postings says “Hooray! Osama Bin Laden Is Dead!!!!”

On September 11, 2001 (9/11) over 3000 Americans lost their lives when terrorists hi-jacked 4 planes and rammed them into the Twin Towers in New York City, the Pentagon in Washington, D.C. and the fourth plane never making it to it’s final destination (although speculation being the Capitol Building) landed in a field in Shanks Ville, PA.

Definitely, it would remain a painful event to the mankind in this 21st century. But this news about Osama Bin Laden is not going to bring back the healthy state of mind of people suffering from 9/11 trauma or similar terrorist activities through out the world.

I believe we all need to focus on peaceful healthy wealthy world rather on terror or war. If we all start working for peaceful earth, then we won’t be having any space for such sufferings.

Join me for making this world or earth peaceful…

Eliminate stress from your life

Top 5 ways to enlighten yourself